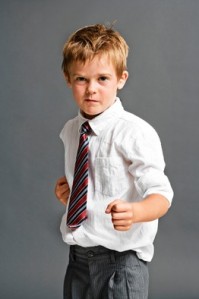 Today is a collection of items I want to bring to the reader’s attention.

Recently, in my post Dan Pearce, Single Dad Laughing—and Crying, I wrote about Dan’s suggestion that people reach out to the bullied and to the bullies with compassion. A recent “Funky Winkerbean” comic strip by Tom Batiuk has one character, Summer Moore, basketball star, stepping in and confronting a bully who is tormenting a classmate. Summer doesn’t exactly treat the bully with compassion, but she certainly helps the victim realize someone has his back—and that makes all the difference for him. I’m sure Dan Pearce would approve, although he would suggest someone also reach out the bully in order to learn what’s stoking his flames.

Becky Celestine (Wonderful name. Perhaps I’ll steal it if I ever need a nom de plume.) reached out to let me know about a site dealing with bullying in the workplace. You can read about it at Nine Signs There’s an Office Bully in Your Midst.

A new application for Facebook might bring the phrase “enemy someone” into play. EnemyGraph allows users to name their enemies on the social networking site. As explained in the Huffington Post on 3.30.12, “those who’ve installed EnemyGraph can choose ‘enemies’ from both their existing friends list as well as from a list of other users of the app. They can also choose to ‘enemy’ public figures and companies with pages, or, in the words of EnemyGraph, ‘pretty much anyone or anything on Facebook.’ ”

In my never-to-be-humble opinion, haters can always find a way to connect. Do we need an app that makes this easier, and, consequently, gives bullies an easy way to torment their targets? Read more at the Huffington Post.

A few of my posts introduced readers to Doug Ratner and the Watchmen, a rock and roll band that has released songs that target and attempt to end bullying—Down and Dirty Rockers Take on Bullying, Rockers Against Bullying Get the Boot,  and “Bomb” Takes Off.

Now we also have Drake Jensen, a Canadian country western singer and songwriter who is doing the same. Drake, too, h

as his own tale of being bullied: “… My small town was like a pack of wolves; they sniffed out the damaged ones and turned on them. I was that wolf that was different from everybody else …” These experiences drove Drake to release “Scars” (lyrics by Don Graham, music by Zita DaSilva). On the song’s site, it says, “Share this song and pass is on to others who might help the children now and in the future to no longer have to fight against bullies. The relief they need comes in many forms, from the understanding shoulder to cry on, to the responsible adult who stands for making this world a better and safer place for each new generation.” The proceeds from the download sales will be donated to Bullying.org. You can also listen to Drake speak out against bullying in this video and read more about him at Towleroad.

I came across an article describing Five Misunderstandings of Bullying that must be acknowledged in order to move from awareness to action. Number 1 states that bullies are not the source of the problem. According to the author of the article, Dr. Danah Boyd, a research fellow at the Born This Way Foundation, a senior researcher at Microsoft Research, and a research assistant professor at New York University, “many bullies have difficulties at home or in school, and need just as much help as those who are targets of and bystanders to bullying. Bullies are often victims in other contexts who are lashing out.” Read about the rest of the misunderstandings at the link above.

The Cartoon Network has a video named “Stop Bullying: Speak Up.” Kids can view it and other videos on line and earn badges

for speaking out against bullying, as well as make and post their own bullying comic. The site also has an educator’s guide and a page for parents.

Now go out and make a difference.