CROWDS FLOCK TO BULLY MOVIE & WATCHMEN GET THE CALL 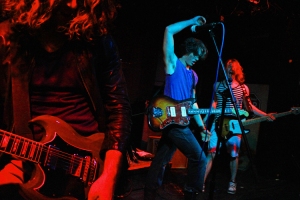 A happy note: Doug Ratner and the Watchmen, about whom I blogged in my posts, “Down and Dirty” Rockers Take on Bullying, Rockers Against Bullying Get the Boot, and “Bomb” Takes Off, have been booked to open for the Spin Doctors. That means their songs that speak out against bullying, “Ghost in the Mirror” and “Bomb in the Backseat” are going to find a much wider audience. And that’s a good thing.

Another good thing: Now that the rating of the movie Bully has been lowered, hordes of young people are seeing it, more than 6000 in Los Angeles alone on Tuesday, April 17. Read about it in this article from the LA Times.

Roosevelt High School student Jerry Gallegos knows the pain of being bullied — he said he was taunted as a “fatty” for years. Yet, when he saw others being harassed, he stood by silently, afraid others would turn on him.Now, Jerry said, he is determined to act against bullies and reach out to vulnerable students.”As one student, you can’t do much,” he said, “but every little bit helps.”His turnabout came after participating Tuesday in a mass viewing of the acclaimed documentary “Bully.” Billed as the largest youth gathering against bullying in California, the screening brought 6,500 students from 49 Los Angeles Unified School District campuses to the Nokia Theatre in downtown Los Angeles.As public concern about bullying rises, the Los Angeles Fund for Public Education sponsored the screening and a short panel discussion to educate students about the problem and inspire them to take action. Speakers included Los Angeles Mayor Antonio Villaraigosa, L.A. Unified Supt. John Deasy and “Bully” director Lee Hirsch.Hirsch told students he was bullied “really badly” as a child and wanted to give voice to the countless youths abused each day. He urged students to write about their experiences with bullying and how they’re stepping up against it on Facebook, Twitter and other social media.

“This is where change begins — right here today,” he said. “Each and every one of you are change-makers.”

The students seemed ready to rise to the cause. They broke out in cheers and applause at numerous scenes showing five targeted youths and their families who voiced resolve to make a difference against bullying. Carson High School student Charles Dulce said he was inspired by the family of a bullying victim who committed suicide and by the campaign they launched, Stand for the Silent.

The filmmakers say 13 million children are bullied at school each year. L.A. Unified official Judy Chiasson cautioned that accurate data are difficult to gather because definitions of bullying range from an incidental push to a full-blown assault. National estimates of the percentage of children who have been bullied vary widely from 30% to 70%, said Chiasson, coordinator of the district’s office of human relations, diversity and equity.

“Everyone is on the lookout for bullies now,” Chiasson said. “Everybody is talking about it.”

In L.A. Unified, bullying complaints are usually handled at the school level and are not reported to the district’s central office unless the incident is deemed severe or pervasive, she said. But even if the scope of bullying is unclear, Chiasson said, every district school has been directed to address the problem in some way.

The Los Angeles School of Global Studies at the Miguel Contreras Learning Complex, for instance, has developed four levels of intervention, ranging from student sessions with counselors to meetings of staff, parents and the involved youths, according to Edwin Bachez, 16, a student at the campus.

“In our high school, if you bully, they really get on your case,” Edwin said.

On Monday, Carson High School was one of several campuses that prepared students for the film with exercises about bullying. History teacher Merri Weir asked students to write about their experiences with the problem. Confessions spilled out, some anonymously on Post-it notes and others publicly shared.

Murielle Alconcel, 17, spoke of her shame at failing to help a longtime friend who was being shunned by her group. Charles Dulce shared his pain over being taunted as fat, Carlo David for being an Asian American with glasses in a nearly all-Latino school, and another student for being gay. Alveena Aleem, a Muslim of Pakistani descent, said a classmate texted a taunt about the death of her “uncle”; when she asked who that was, he replied, “Osama bin Laden.”

The L.A. Fund contributed $225,000 to sponsor the screening and plans to announce a new grant program for anti-bullying programs, Executive Director Dan Chang said. Other contributors were the Weinstein Co., which distributed the film; and Anschutz Entertainment Group, whose president, Tim Leiweke, told students that he too had been bullied but that “life does turn out.”

That upbeat message was echoed by four student panelists, who suggested ways to create safe and welcoming school climates: Don’t be a bystander who allows bullying. Build relationships with teachers who can help. Be friends with students who look or act different. Reach out to new students and ask for their stories.

(For the complete article, go here.)

I haven’t been to the movie yet, but it’s definitely on my to-do list.

Have you seen it? What did you think? Will it change lives for the better or will its impact fade and we’ll see people going right back to picking on others?